I type this one handed with Blossom on my lap, but I'm determined to get this post out before too much of October gets away from me. I have a few fun things kicking around in my kitchen this month that I'm keen to show off.

Firstly, and arguably the most exciting thing in my kitchen (however the second thing is pretty damn exciting too) is a Baumatic ice cream machine. It was my birthday in June. The day before, I went out and bought myself a pair of boots and sent Hubby a text saying he was off the hook, I'd sorted out my birthday present. I was a little skeptical when he replied "I've already got you two presents", especially as I didn't even know what I wanted. I was VERY surprised when I opened up this puppy! The second present was a gift voucher to our local cake shop which sells everything imaginable when it comes to baking and decorating cakes. He did well! I think the ice cream machine deserves a post all of its own at a later date, but I will say that I am having fun experimenting. 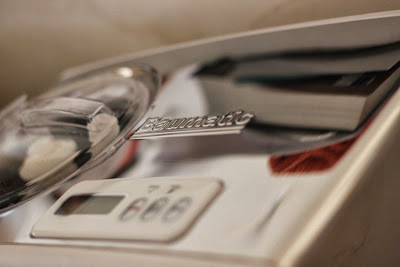 When the handles of my old, cheapy, 10 year old saucepans started letting off a particularly unhealthy aroma as they perished under heat, I decided it was time for some new cookware. I wanted a good quality, completely stainless steel set that included at least one big stock pot as I almost always make pastas in bulk. I settled on the Scanpan Impact 10 Piece Set (SCP-71170000 for those interested). My local Matchbox had them for a particularly good price so I spoiled myself. I thought it might be overkill getting such a big set, but I think I have used all but one piece in the few weeks I've had them and it's meant I could throw all the old ones out (well, palmed them off to Hubby for various shed-related ventures). 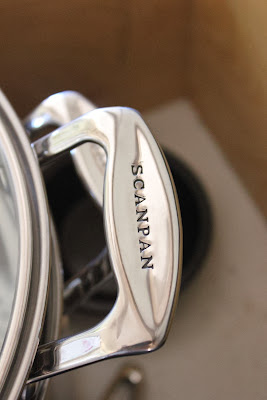 You might remember some chocolate I had in a previous IMK post from the Western Australian chocolate company Bahen & Co. This month I have some of their cacao nibs. Other than grazing on them, I haven't yet discovered how they are best utilised. I'd appreciate any suggestions. 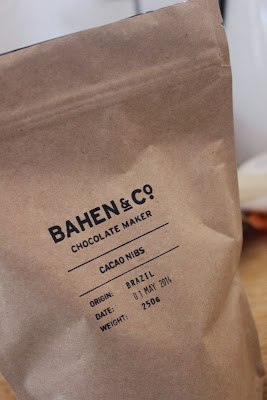 A dessert backup that often makes it into my pantry is a can of Pie Fruit Apples. These are great to throw in a crumble with some frozen berries or combine with puff pastry and sultanas to make a strudel if I'm feeling lazy or short on time and in need of a sweet treat. I think a strudel may be in order this weekend. 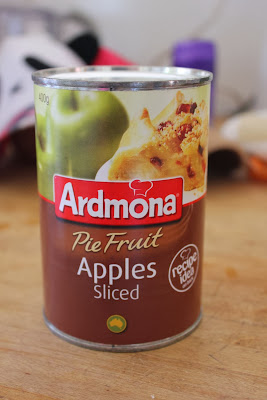 Hubby's mum and sister recently returned from a holiday in China. The little girls were very spoiled, being showered in clothes, hair ties and trinkety presents. Among them were these cute Angry Birds chopsticks. My very Australian children had never used chopsticks before and are very taken by them. The Angry Bird holds the ends together to make using them easier for children. Chicky quickly got the idea and ate all her peas, one by one with her chopsticks and Poppet insisted on having Cheerios for breakfast because they were easier to pick up with chopsticks than Weetbix. Needless to say they are now both better at using chopsticks than I am. 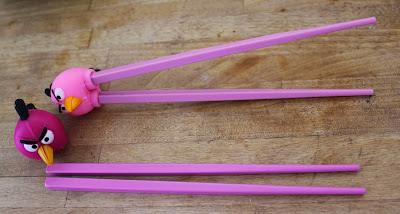 The last thing of note that is in my kitchen at the moment is this grubby tape measure. We own countless tape measures and while the girls often claim one each (the prettiest colours), Hubby can never seem to find one in the shed. That's probably because they always end up in my kitchen! 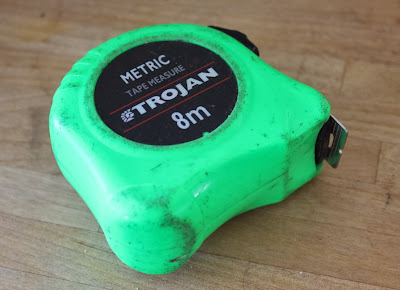 What's in your kitchen this month? Head over to Fig Jam and Lime Cordial to see what fun things other people have in their kitchens this October.