﻿
An old post I found in my drafts, written last year, and referring to the cakes of 2013, I thought it was still worth publishing. Apologies for the time delay:
I made a few cakes last year, and didn't have time to blog about them at the time. I thought a nice way to recap on a year where I didn't have much time to blog about anything really, was to revisit the cakes of 2013. Each of these cakes was for a birthday.
Blossom was born in January, but since she hasn't had a birthday yet, Poppet's birthday was the first for us, in May. Poppet requested a butterfly ice cream cake. We have a local cake shop that hires out cake tins in almost any shape or character imaginable for $5.95 overnight. I had no idea how I would shape an ice cream cake and not have it melt in the process, so I decided to hire a tin. I didn't have my ice cream machine in May, so I used 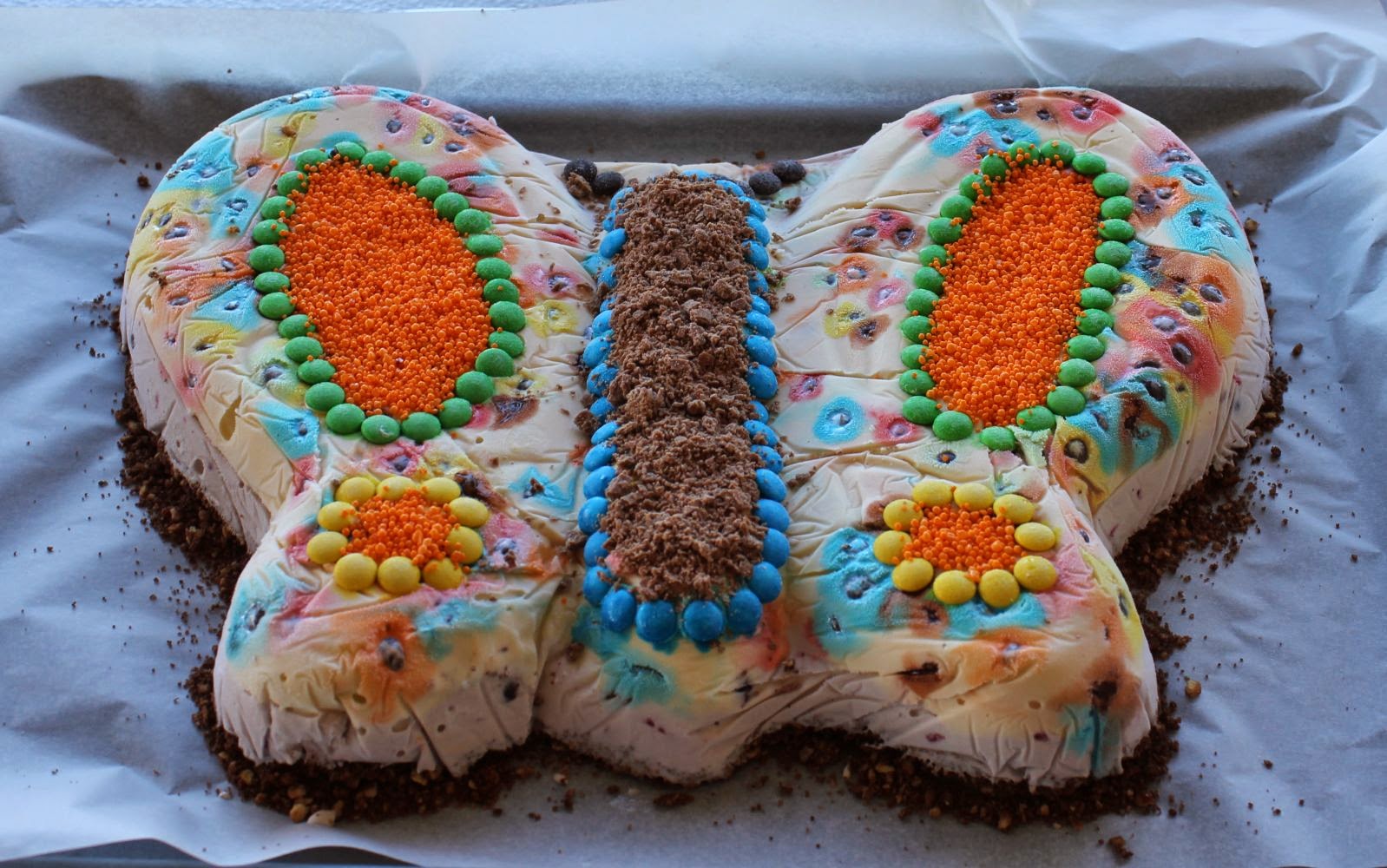 Here is the egg- and dairy-free "butter" cake that I made for a friend's little girl. ﻿ 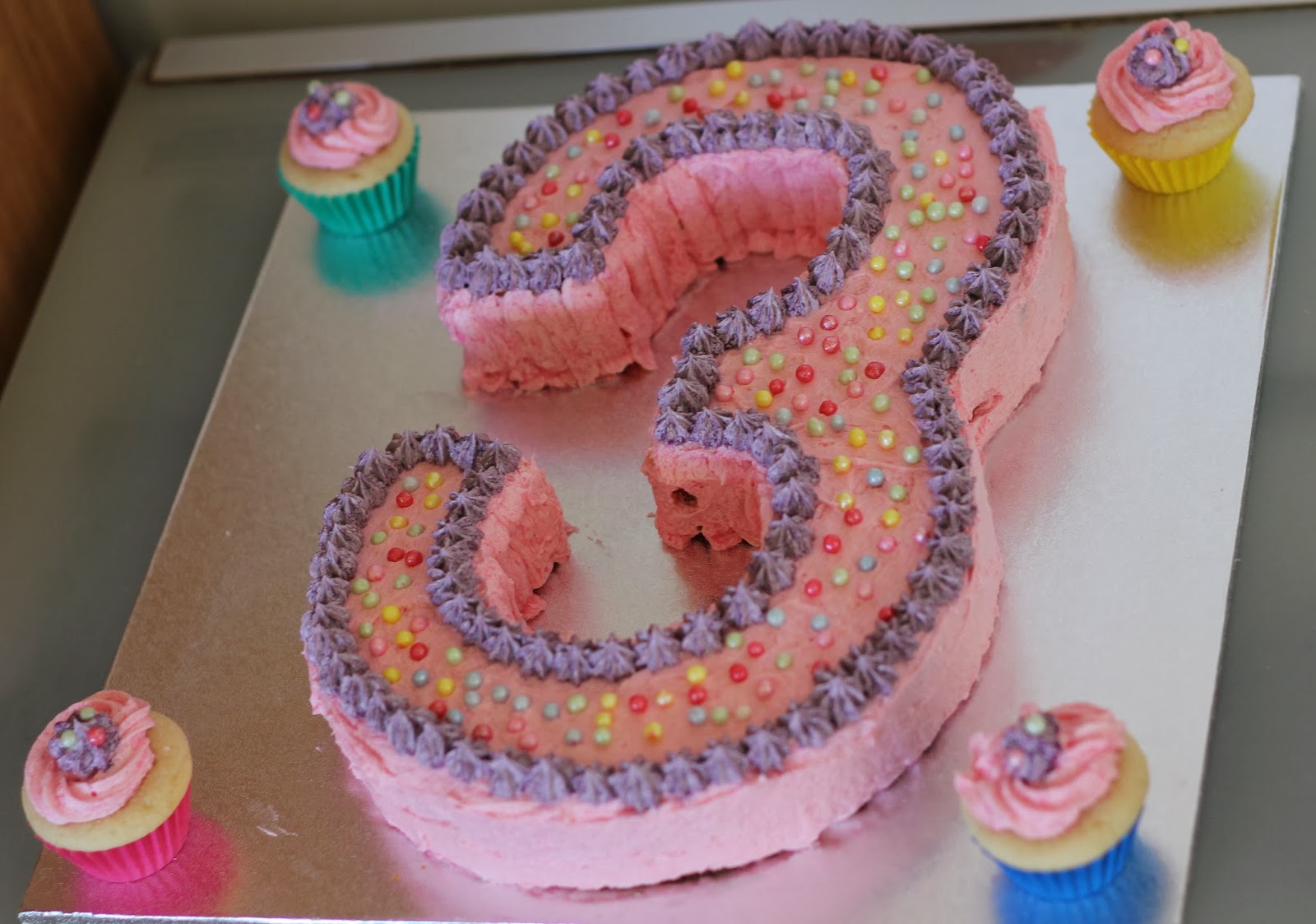 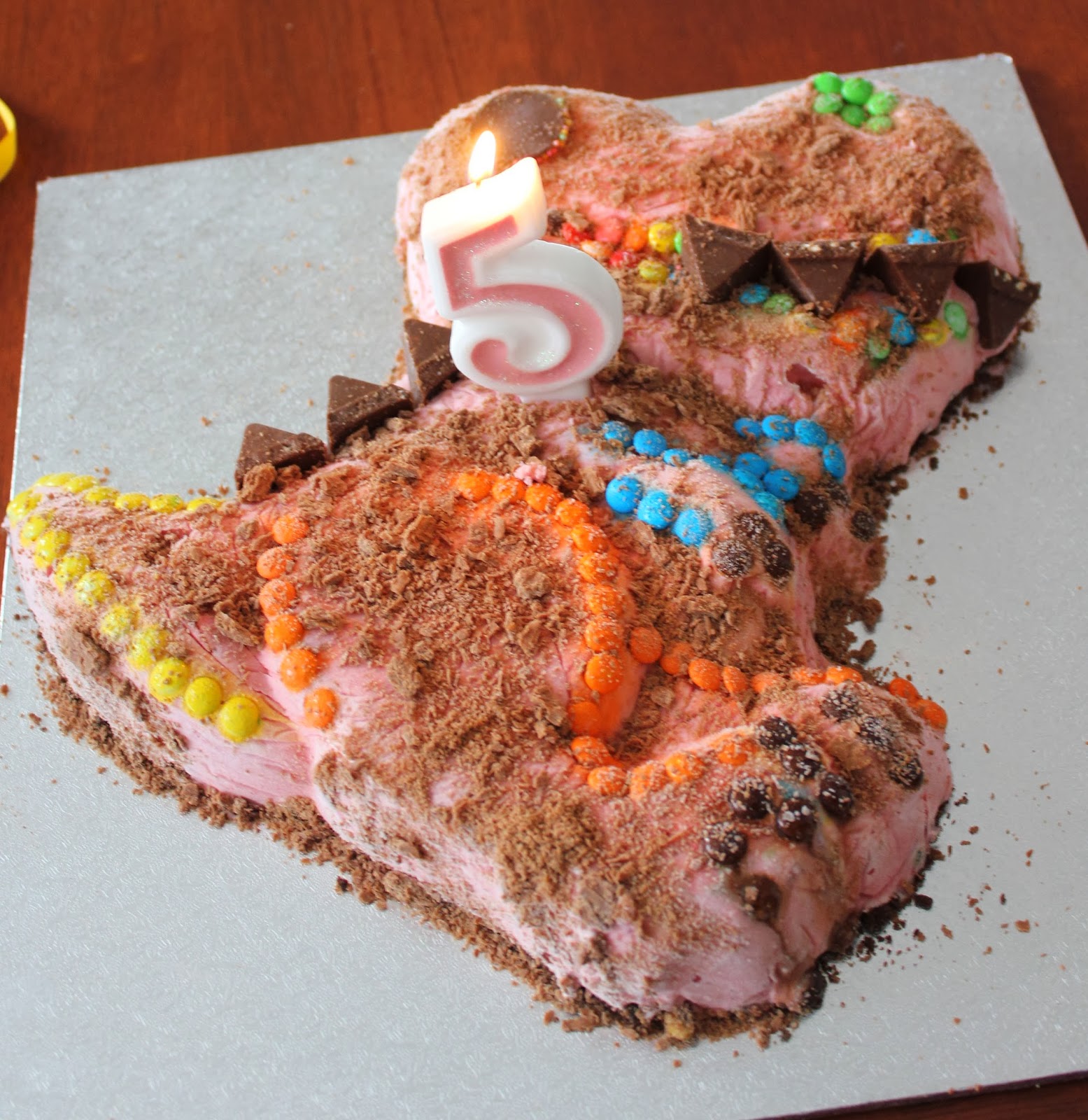 I've heard a theory suggesting that anything you eat on your birthday is calorie free. I sure hope that's the case, because I'm sure the calorific content of the cake I made for my own birthday could have sustained a family of four for a year. I used Celia's chocolate slab cake recipe, which in itself is rich and moreish, and I sandwiched 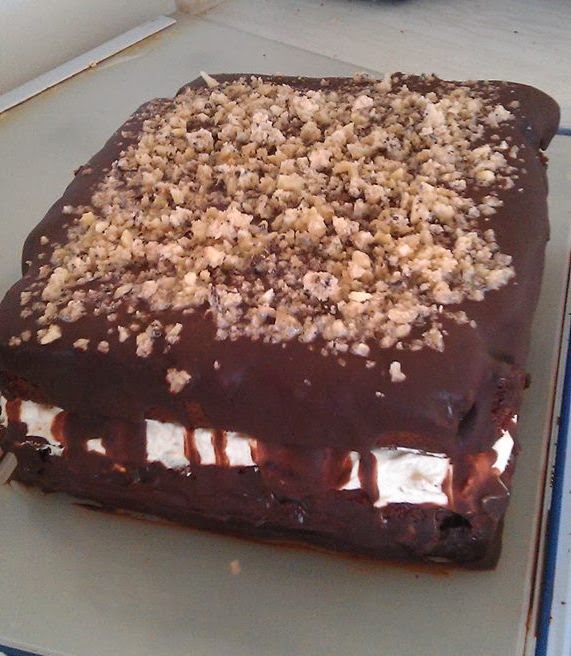 In September, we invited my brother-in-law and his new wife over to celebrate her birthday. I have mixed feelings about birthday presents. I don't see the point in buying someone something they don't really want, just to give them a present, but I will happily make anyone a cake of their choice. This year the birthday girl requested a flourless chocolate orange cake. I had never made on before so readily accepted the challenge. Google led me to Nigella Lawson's recipe. I topped it with a very evil chocolate ganache and wow, this was such a delicious cake, the 2 hours of cooking an orange on the stovetop was well worth it! Unfortunately the only photo I got was an out of focus last minute shot before this cake was devoured. 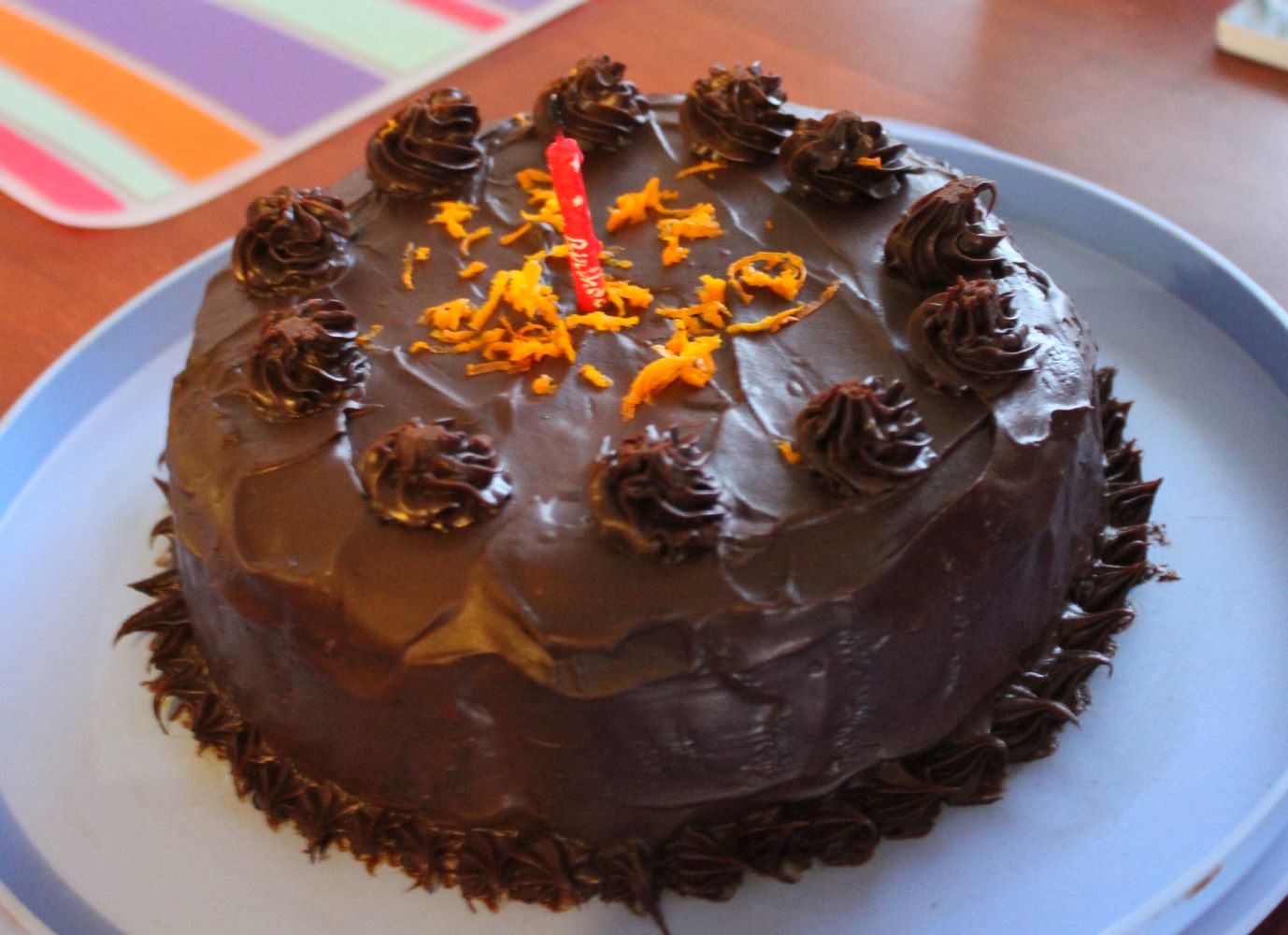 Hubby turned 31 this year, and he is a bit partial to a cheesecake. On his birthday he chose to celebrate by concreting the floor in the newly built shed. This involved about 6 family and friends, an equal number of wheelbarrows and two giant trucks of concrete. To feed the starving masses, and to remind Hubby that it was in fact his birthday, I made this passionfruit cheesecake. 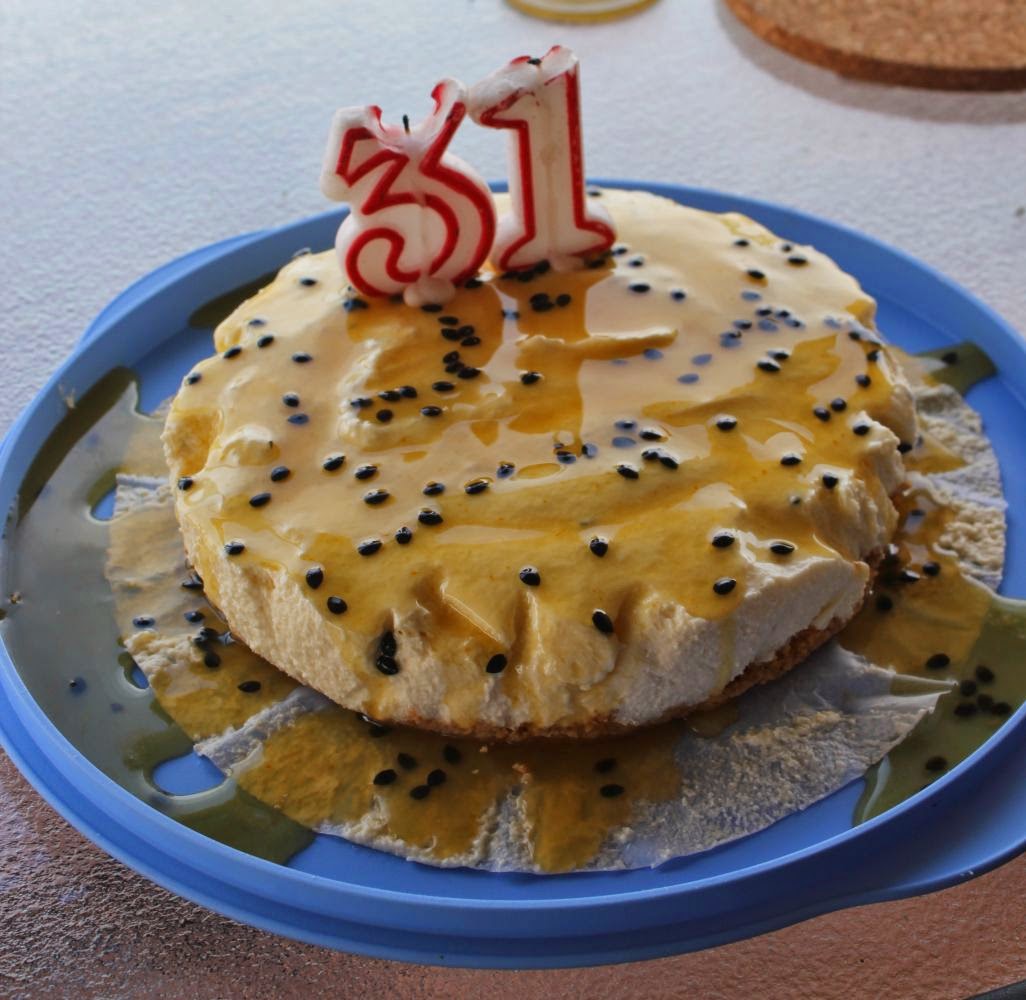 Unfortunately, I can't lay claim to this next cake. This dense chocolate cake with white chocolate ganache icing was professionally made for my niece's 18th birthday. It looked and tasted divine and thought I'd include it because it was just so pretty. 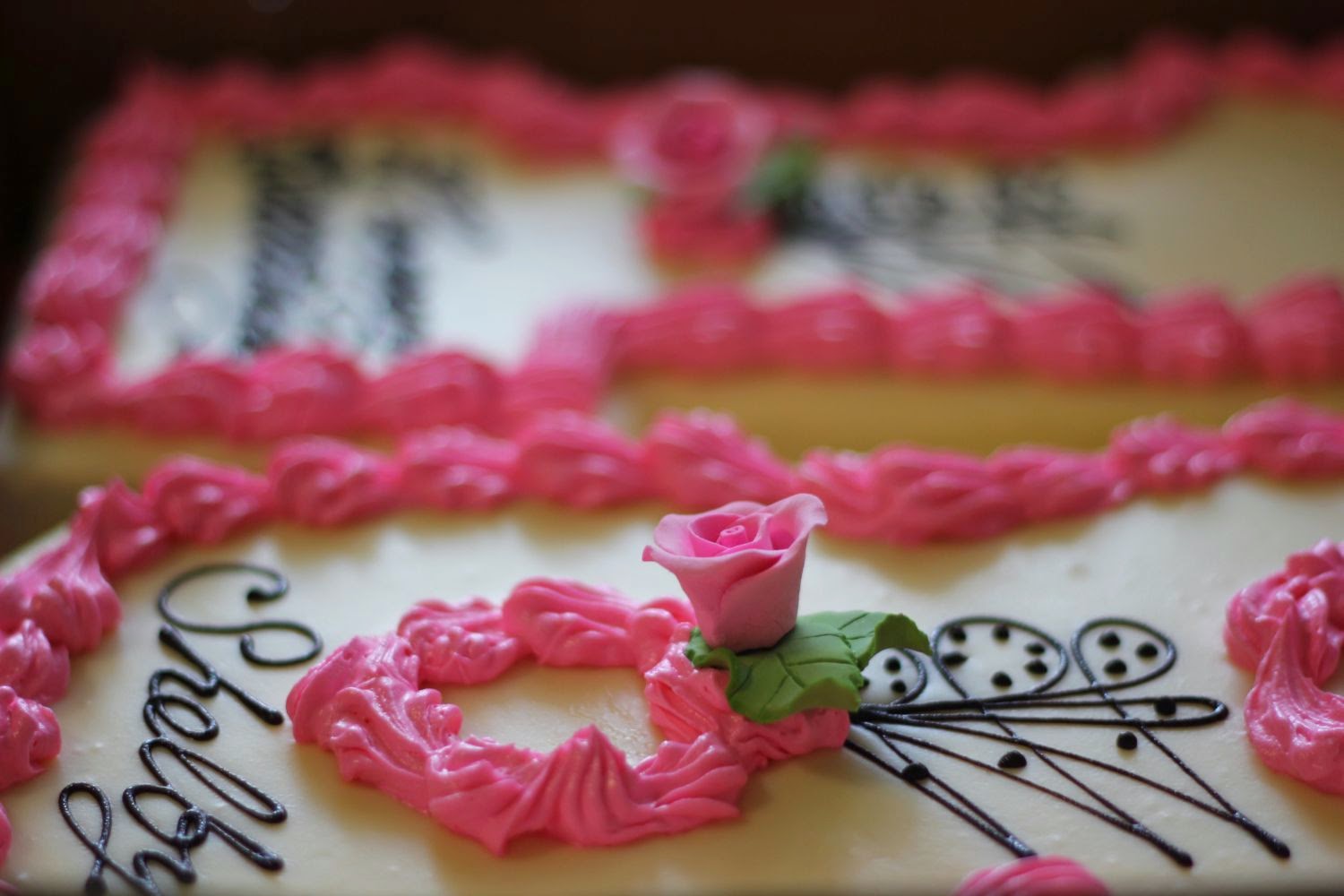